Editor’s Note: A nerf to Captain Eudora was announced on August 17th, 2020. This guide has not yet been updated to reflect that change.

What is Captain Eudora?

Captain Eudora is a hero players can select in the Battlegrounds mode of the game Hearthstone. In World of Warcraft, “Captain Eudora is the vulpera leader of the Bilge Rats, and serves as one of the bosses in the Council o’ Captains encounter.”

What is the hero power for Captain Eudora, and what is the strategy for using it?

Captain Eudora’s hero power does not provide an immediate benefit as it requires 4 activations before triggering. However, the payoff is enough that you should be pressing the button–using your hero power–every turn. On the 4th activation, you will receive a golden minion from your current tier or lower. When played, the golden minion will then allow you to discover a minion from the tier immediately above yours.

As an example: If you are currently on Tier 4 when you complete your dig, you will receive one golden minion from Tiers 1-4, and then discover a regular minion from Tier 5.

With Captain Eudora, often the minions you receive from the hero power will guide your composition (comp). This works as turn 4-5 is exactly when you want to start pushing in one direction (albeit, that direction can always change later).

Leveling Up Strategy with Captain Eudora

Note: I typically do not dig on turn 1, but many players choose to do so. If that is your strategy, then look for a good tier 1 minion to freeze and then dig. You can then follow the token-generator level up schedule below.

Eudora Level Up Schedule (without a turn 1 token generator)

Eudora Level Up Schedule (without a turn 1 token generator)

Note: You may consider using this same approach if you get a Deck Swabbie. You can play the Swabbie, which will reduce your tavern cost by 1, and then sell it so you can dig. Reducing the tavern cost gives you the flexibility to adjust the turn schedule listed.

To Dig or Not to Dig from HSReplay

2020 was a Covid-shortened season, so home run leaders are not quite what they would be in other years. Still, MLB players managed to hit 2,304 home runs in 66,506 plate appearances. Overall Home...

As I've mentioned in a previous post, I'm a long-time Magic player but relatively new to Arena. And Magic-in-the-last-7-years, too. So, Ikoria is a brand new set for me, though I've seen some cards... 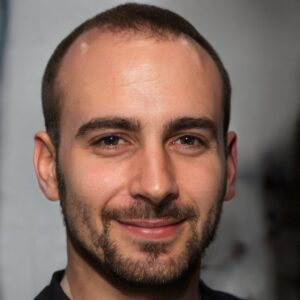