Skip to content
As an Amazon Associate we earn from qualifying purchases made on our website. If you make a purchase through links from this website, we may get a small share of the sale from Amazon and other similar affiliate programs.

So, perhaps board gaming hasn’t quite gone to the dogs. But if you’re a dog lover, there are definitely games out there for you
Ranging from one of the top games from 2016 (Agility) to Monopoly variants, the selection is more than just puppy chow.

Agility, a game from Two Lanterns Games, came in at #11 on our best board games of 2016 list.
I still have not confirmed this statement, but I am pretty sure this is indeed the only game that centers on dog training.
In the game you race to adopt three dogs from this list of wonderful canine friends: Dutch Shepherd, Chocolate Lab, Golden Retriever, Siberian Husky, Border Collie, Whippet, Australian Cattle Dog, Jack Russell Terrier (puppy), German Shorthaired Pointer (puppy), Irish Setter (puppy), Cocker Spaniel (puppy), Kromfohrlander (puppy), Dalmation (puppy), Cocker Spaniel (puppy), and a mutt (puppy).
Once you have your dogs, you are racing to see whose dogs complete the obstacle course first! To do this, you will be playing cards and collecting dog treats.
Along with the selection of fifteen canines, there are sixteen different obstacle courses, of which only six are used each game. Between the dogs and courses, the game offers enough replayability to make it worth adding to your board game collection.

Shelby’s Snack Shack Counting is a very much different game than Agility. Whereas Agility is a strategy-based card game, this is an educational board game that aims to engage preschool kids while they learn their numbers and counting.
The game is great for young children since it is purely luck-based (game outcome is determined by the spinner), so everyone has a chance at winning. Parents themselves may not find the game engaging, but that’s just part of us being parents.
The parts are surprisingly good quality for this price point. And if you’re a pug fun, then you are very much in luck!

This is a dog-themed update of the classic Sequence game. The gameplay is the same except this time you are trying to align 5 cute, cuddly dogs in a row. The game supports 2-3 players playing independently, or more if use teams.

Late for the Sky Monopoly Variants

Late for the Sky is known for producing Monopoly variants, and they have a few different dog-themed versions. They have you covered if you like pugs, bulldogs, dachshunds, labs, or just dogs in general.

Doggie Doo is another kid’s game, but this one if anything but educational. The game’s premise is that you are walking a dog, which eventually must do what every dog does on a walk: poo. The goal is to get three drops of poo on your shovel.
Each turn, one of three actions will occur: switch shovels with another player, pump the leash which eventually makes poo come out, or nothing.
It’s simple. Kids generally enjoy it. Parents are unlikely to do so.

This game is not yet available widespread but was a successful Kickstarter.
The game attempts–and based on reviews is successful–to put you in the life of a dog: evading dogcatchers and exploring the town.

I went ahead and included this game to warn people from purchasing. The overall sense is that the game is poorly constructed and does not fulfill the promise getting the family wet while trying to wash the dog (premise of the game). Though not a dog-themed game, I would recommend Pie Face if you’re looking for a messy family-fun game.

link to Hoarding on Topps Apps: What is It? How Do I Start? Who to Trade With? 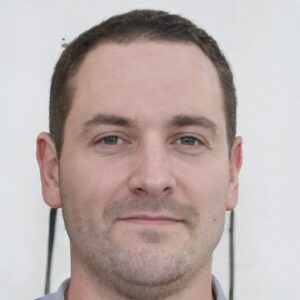